In Vietnam, there are many unexplained events that Vietnamese people have witnessed. Vietnamese people believe that once a place has mysterious stories/events told by the local people. In there, you have to respond in a certain way before you want to discover. Light up the incense, worship by some fruits and meat or just implore in your mind are some common ways that Vietnamese people often do. In this post, I will mention some famous creepy and unforgettable places in Vietnam that rumoured by many people in Vietnam. This post for people who love the mystic, the scary things that could not explain by science. 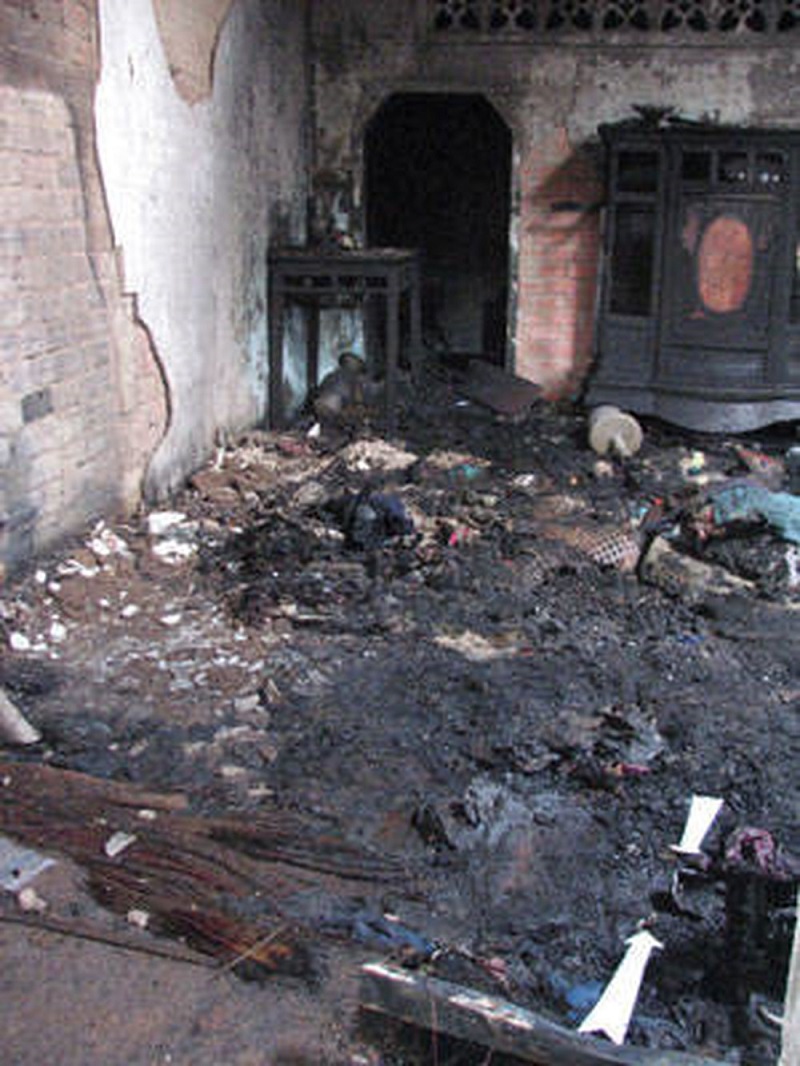 The myth of this house started from the devasting fire event in 2001. The fire takes a family had seven members lives, and along with it, there are many mysterious and macabre anecdotes. In this family, there are five adults, one child and a fetus, so it makes the rumour become more and more realistic. For some people nearby this house, they told that they frequently see a young woman wearing a white dress, holding a child standing on the railing and making strange noises at midnight. The sound makes everyone in there become anxious and can’t sleep also. Moreover, the night about 9 to 11:00 pm, some people said that they often see two figures of man and woman wandering, and heard the sound of children crying.

Also, because of the haunting rumour, there was a man who rented the house had to bear the deposit of 2,000 USD. Furthermore, there was a time that a bank rented this house to open the office. Frequently, there was a nightguard stay to protect the asset of the bank. Whether he lights up the incense every night, those nights, he will be okay to rest. However, there were some nights that he forgot to light the incense up; there was a problem. When he waked up, he found himself lying next to the edge of the road. 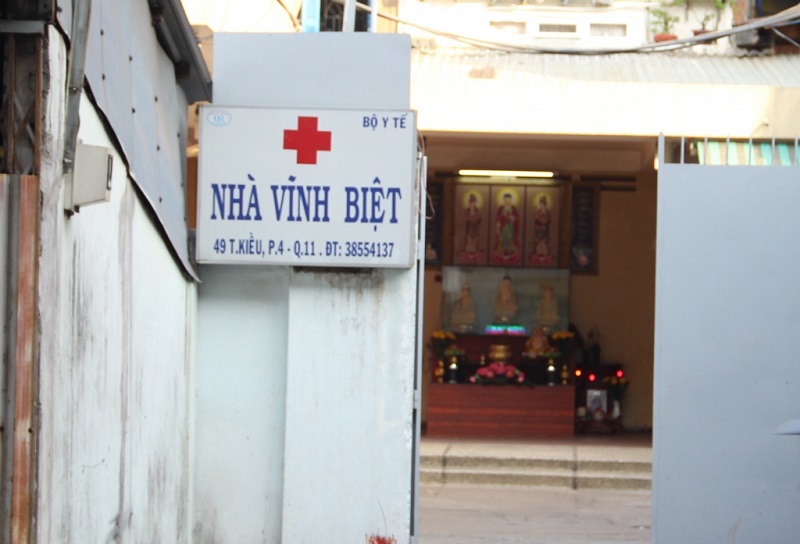 Furthermore, this morgue not only has a creepy story, but there are also many other stories from death people without any relatives. According to the tale of the bodyguards in Vinh Biet morgue, at the 00:00 AM, they often hear footsteps, miserable crying, strange noises in the morgue. However,  they could not explain and find where the sound actually comes from. For some people that live around the Vinh Biet house, they tell that it is the cry of the unjust soul that no relatives have received. Or some say that it is the sound of unjust souls that are not appropriately worshipped, so they are hungry and arguing about eating with each other. 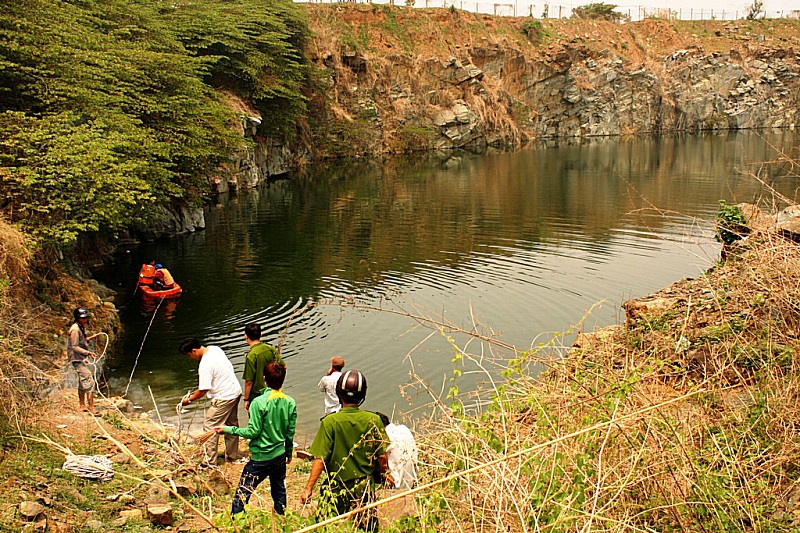 Ho Da is from the middle of the National University in Thu Duc district. With many high cliffs and the depth of the lake is over 20 meters, Ho Da is dubbed as a Deadly Lake. Annually, there are many people die in here because of the danger of the lake. Many times, the National University management makes the barriers to avoid people try sneaking into the lake and have fun. Nevertheless, though the lake has the fence, sometimes there were dead bodies appeared from the accident or people suicide.

From those situations above, there is a story that in the haunted lake, it has a “drown ghosts” entice people to come here and steal their lives. But in the end, it started from the consciousness that each person has not yet seen the danger of the lake. 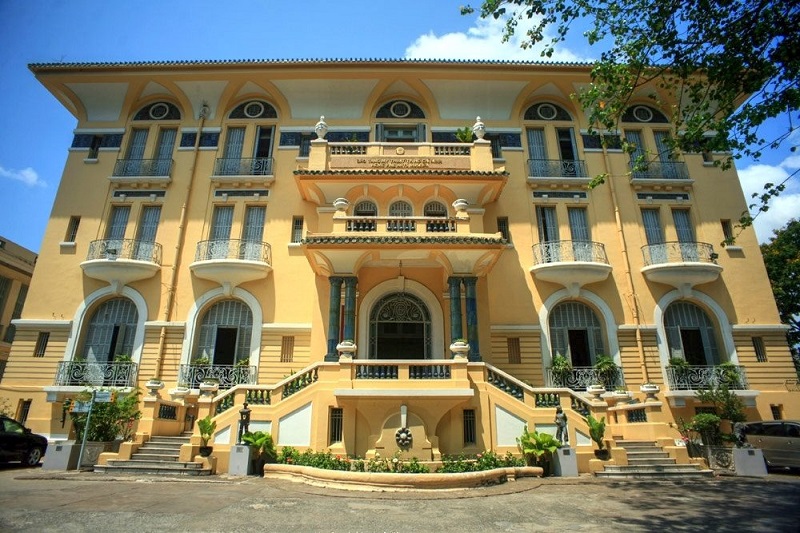 Hua Mansion was once a Chinese rich man named “Hua Bon Hoa” (Hứa Bồn Hoa). At the time he alive, he had dozens of son but only had one daughter and her name is “Hua Tieu Lan (Hứa Tiểu Lan)”. However, the unexpected death of his daughter brought many mysterious phenomena. At midnight, people go pass here and accidentally look in the building; they often saw the shape of the girl gliding at the front yard. Some other people also could hear the whining of the girl.

Besides of this horror tale, at the moment, Hua Mansion becomes Ho Chi Minh Fine Art Museum. If you have a chance to come to Ho Chi Minh city, make sure that you could visit this place besides its story, many Vietnamese arts displayed in here. 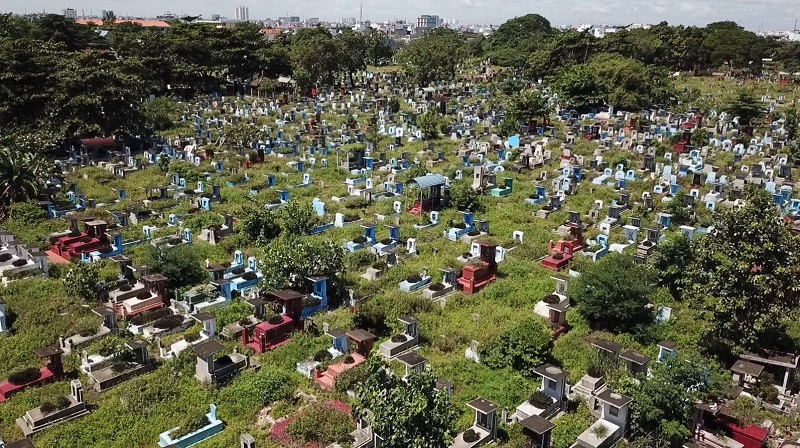 Binh Hung Hoa graveyard is the biggest cemetery in HCMC, located in Binh Tan district. It has 45 ha, and at the central, it has the cremation centre. In the past, when the urbanisation process did not develop quickly, cemeteries still belonged to isolated suburban districts. In addition to the society’s vices surrounding the area, there are lots of shortage of ghost rumours of nearby people. Though it is a place mainly for worshipping. Yet there are some gamblers also come here to wish and do some weird ritual. They often beg the soul about the prediction of lottery or for gambling.

To sum up, for the adventurer who has guts to discover the mystic of Vietnam, here are the top 5 that I recommend for you. In Vietnam, still, there are many curious tale and stories in various places. Before going to these places, ensure that you have the cool mind to avoid your scary imagination.