In Vietnam, when people mention about culture, they often forget about traditional clothing in here. In this post, I will describe some popular traditional costumes that most of the people in Vietnam know that as a cultural heritage of Vietnam. 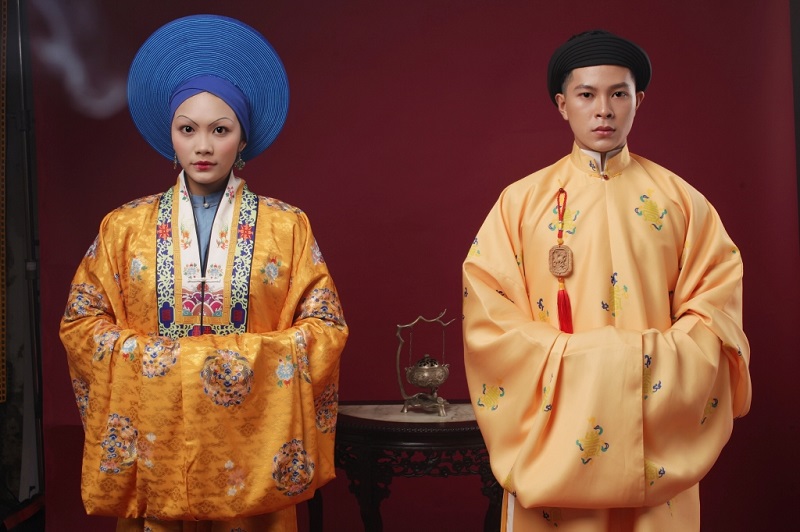 Created from Minh Dynasty, Nhat Binh traditional dress appeared for hundreds of years ago. There are two layers inside of this dress. Before going to dress the Nhat Binh dress, people will fit with the collard shirt. To make this traditional dress fulfilment, there is a hat made by a long special towel. This towel could wrap up to 40-50 rings and the number of the rings will depend on the rank of the wearer. 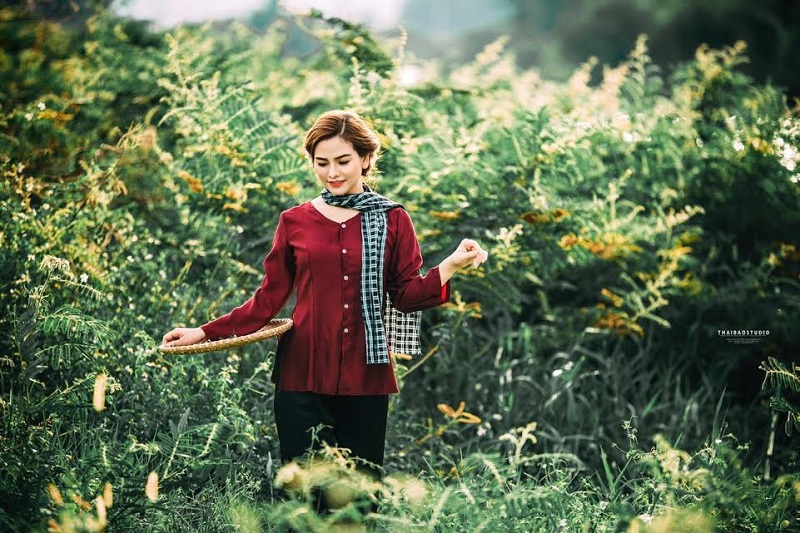 Represent for the south of Vietnam, Mrs Ba’s shirt has gone along with women in here for centuries. Moreover, the image of women wearing this shirt also reappears naive beauty and pure. The loose-fitting blouse is a traditional shirt for people in the South, it accompanies with the women on the field for a long time ago.

The back of this shirt is made by a piece of seamless fabric. In front of it, there are two smaller pieces and each of them will have a row of buttons from the top down. 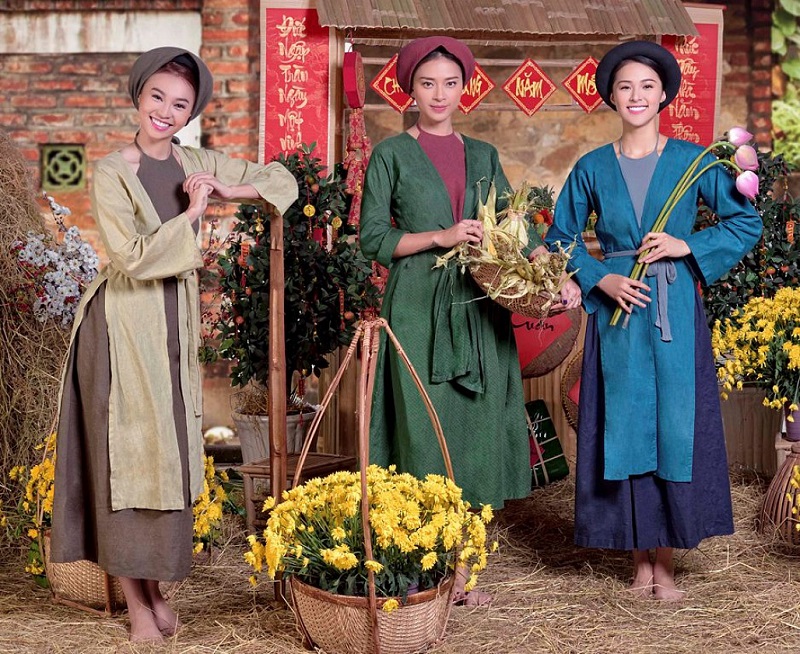 This traditional dress before was used by poor people because it accompanied with the work of farming. To make Ao Tu Than – the four-panel traditional dress, tailors put 2 pieces of fabric together at the front, the back will be as a large piece of fabric but cut into 2 pieces of the shirt at the bottom. At the upper of the chest, tailors will design to reveal the camisole hidden inside.

Go along with Ao Tu Than, there are black pants and the silk-colour belts. At the early 19th century, people in Vietnam did not have the bra today, so the camisole was the alternative instead. The accessories to go with Ao Tu Than was a special turban and a cloth strap.

Ao Dai was born in the time of Nguyen Phuc Khoan – a Lord of Vietnam at that time (1739-1765). The purpose to make Ao Dai is because the lord wanted to distinguish the Vietnamese with the Minh Huong people in the huge movement of them into the Cochichina. The oldest also as one of the primers about Ao Dai series is the Ao Dai Giao Lanh (áo dài Giao Lãnh). Ao Dai Giao Lanh is the traditional cross-collared robe and Ao Tu Than also innovated by this traditional dress. a fulfil Ao Dai Giao Lanh will have two crossed set collars, a thin coat will over a camisole and the skirt is loose. To differentiate the poor and the rich, the accessories which are from the feet. Poor people just go on barefoot while the noble will have wooden logs, shoes or slippers.

Nevertheless, tailors in different ages developed the Ao Dai day by day so that it could suitable for the situation of contemporary society. Nowadays, The modern Ao Dai only has 2 pieces of the shirt which are from the back and the front. Thanks to that, it looks simpler while as contains the pure core value of the Vietnamese Ao Dai. Ao Dai for today, tailors will decorate by some embroidery motifs on the 2 pieces of the shirt. The reason to do this is that it will make Ao Dai does not have the boring look.

To sum up, Ao Dai has been developed for centuries up to now. As a traveller, you should know traditional clothing not only in Vietnam but also in other countries and area. I believe that you will enjoy discovering Vietnamese traditional clothing because of its diversity. Once come to Vietnam, you must have to try Ao Dai because it is as one of the precious heritage in Vietnam. Besides, there is still much traditional clothing that needs your discover.